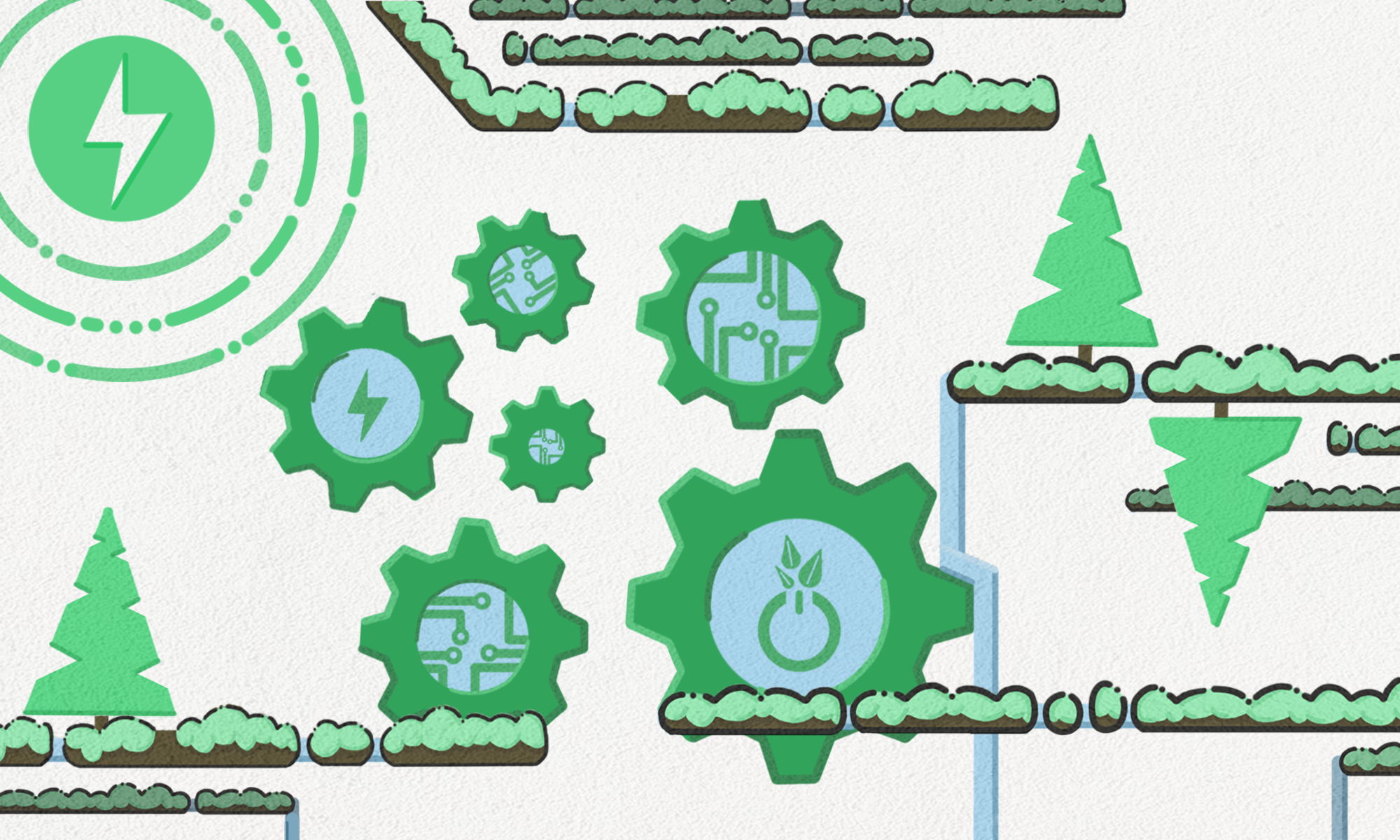 The Wizard and the Prophet:
Keeping the Emotion in Environmentalism
A Conversation with Jamie Beck Alexander
by Sebastian Lijo, Nicholas Plyler, and Pauline Yanes   |

Climate change is an issue of irrefutable importance, and one that requires collective change. In this interview, we look into what is needed to reach Drawdown and reverse the effects of centuries of environmental negligence. Without significant and sustained structural change, any efforts at mitigating climate change will be fruitless. Essential to these systemic modifications is the emotional expression for these deeply human issues. Doing exactly this is Jamie Beck Alexander, founding Director of Drawdown Labs and solutions-based climate advocate who is set on helping us get there together.

~ ~ ~
Pauline Yanes: You’ve had an extensive career in environmentalism in both local and foreign humanitarian efforts, as well strategy and leadership in the business world. Was there a definitive moment in your life that fostered this care for the natural world, or was it a gradual progression of learning and activism?

Jamie Beck Alexander: I come from a very conservative family in coal country. My family and grandparents all worked in coal and steel, very much Trump loving conservatives in Pennsylvania. It wasn’t until college that I began learning about issues related to the environment that changed my worldview. I shifted towards open-mindedness and decided that I wanted to work in foreign aid, looking at how I could use my privilege to support developing countries. I started working at the US Agency for International Development on global health issues, including malaria, HIV, AIDS and infectious diseases. And that work took me to Bangladesh, where I would say was my pivotal moment.

I thought the most noble and important thing I could do with my life was to get health programs in place in developing countries or involve myself in humanitarian work. It wasn’t until I lived in Bangladesh that I realized no matter how much work we did with local communities to improve health outcomes, the place would still sink. Nothing about any work there is sustainable unless we addressed climate change. That was in 2008 and was the most profound set of experiences of my life: understanding the gravity of the climate crisis and learning that the local people already have their own solutions. That totally changed my mindset, that every issue I worked on needed to have a strong climate component. 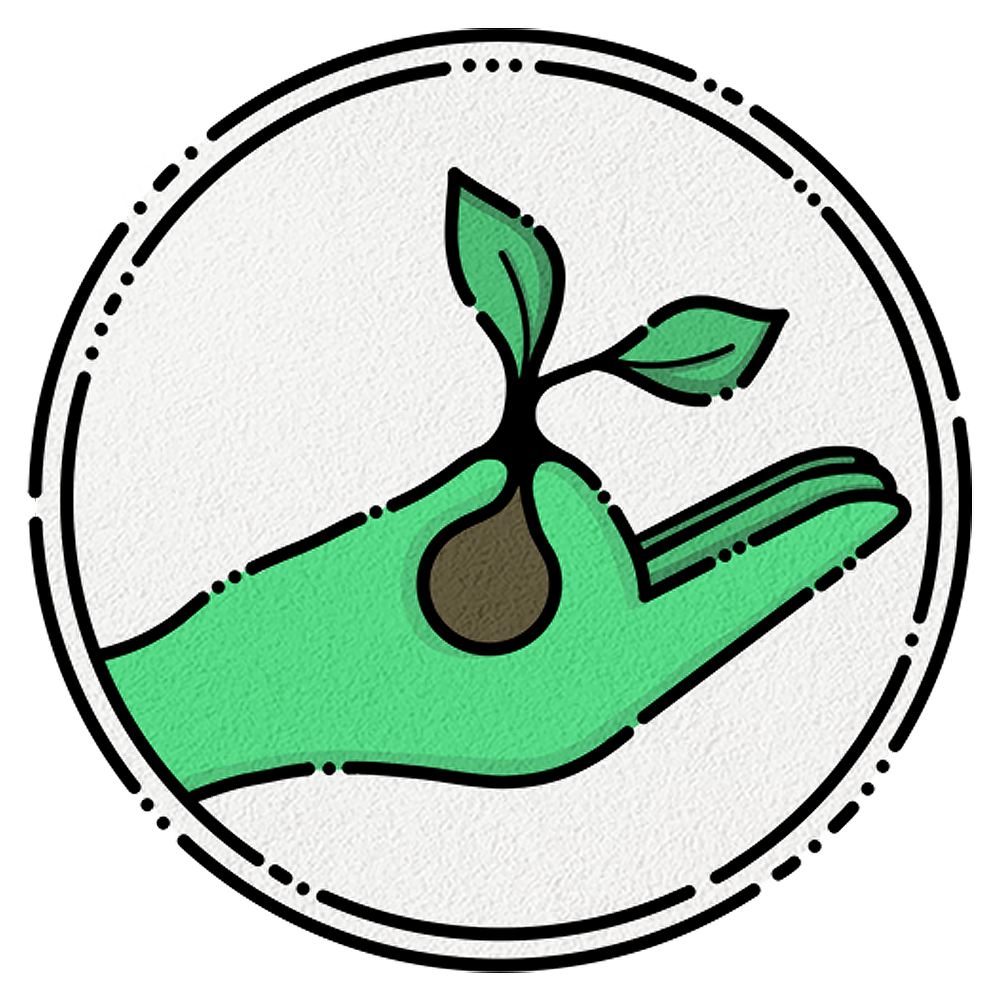 “Thinking about things in terms of doing ‘less bad’ doesn’t give us a vision for what we’re trying to move toward. It’s totally insufficient.”
Fundamental Structural Change
PY: In recent years, you’ve been focusing on more technical goals like decarbonizing the transportation sector in San Francisco. Of the work you were involved in, could you speak more about any outcomes that you thought were particularly significant?

JBA: In my last role I was getting very frustrated with the pace of change and individual companies setting one-off emissions reduction targets. At the time I was working really closely with Uber to try to get them to set ambitious emissions reduction targets. I was also working with their investors and employees to pressure the CEO into more deliberately confronting their effect on the climate. And finally, Uber said to me, “We can set all the targets we want, but without actually changing the whole infrastructure, we can’t achieve those targets.” For Uber to electrify their entire fleet of cars by 2040 requires a lot of change beyond Uber. That needs EV charging stations to be in place throughout cities. It requires people across socio-economic backgrounds to have access to electric vehicles that are affordable.

Policies need to be in place to enable that change. It became very clear that this wasn’t one company’s problem; it was an opportunity for the entire transportation sector to come together. We ended up bringing in IDEO to help us facilitate that work, and we pulled together as many of the actors in that space as we could. I’d say the greatest outcomes so far have been Uber setting that target and also making those connections that weren’t previously there. The city actually had lawsuits against Uber and Lyft, but we brought them together and they realized we have the same goals and we need one another to achieve them.

PY: You transitioned from the transportation sector to Project Drawdown as the director of Drawdown Labs in March. What drew you to work with them?

JBA: The work I was doing at Ceres, where I led the transportation-related work, really focused on pressuring companies and having campaigns to get them to incrementally progress. I was really frustrated with that. I felt I was constantly trying to push the organization in a direction that was uncomfortable for them. Project Drawdown takes more of a solutions-oriented approach. Thinking about things in terms of doing ‘less bad’ doesn’t give us a vision for what we’re trying to move toward. It’s totally insufficient. We need to actually articulate a vision for what we’re trying to be, and build towards that. In doing that we will achieve drawdown and get our emissions to below zero. It brings more people into the conversation beyond only the technical experts, so that felt like a better fit for the way I see the problem and where we need to go.

Introducing Emotion
PY: Speaking of bringing in different perspectives, you’ve expressed interest in rising movements like the feminist climate renaissance. Could you speak on how environmentalism could be feminist?

JBA: In my last role at Ceres I always felt like I had to check my emotion about climate change at the door. I could be crying and grieving the loss of species or ecosystems, or animals fleeing from wildfire smoke. But then I came to work and I had to pretend that it wasn’t affecting me emotionally or that it was not a deeply human issue. I had to pretend that it’s a business or numbers issue. And it didn’t feel right at all. I started having little conversations with people, both inside companies and inside my organization. And it was so clear that other people were feeling that way too; they wanted permission to be emotional about it together as human beings. For me, that’s what that means. It means enabling and allowing more of, what you might call, ‘feminine’ qualities to the workplace, especially inside companies, investment firms, and the private sector. I think nurturing, caring, connectedness is really needed.

PY: Do you see that humanitarian aspect informing approaches within Drawdown Labs?

JBA: I’m using Drawdown Labs as a bit of a Trojan horse to experiment with some other elements. I’ve been working with a climate psychologist, Renée Lertzman, who has been a mentor of mine over the years. She’s taught me this practice where I start every conversation I have with a company, investor, or policymaker with an emotional grounding about the magnitude of climate change. It’s incredible how much it has changed the nature of my conversations, even with executives inside companies, to not be about the profitability of renewable energy. It’s already apparent in the way that we all interact as a group, the ten companies and Project Drawdown, on an idea. I want to encourage more employees throughout the companies to be a part of it in order to bring new skill sets and backgrounds into sustainability work. 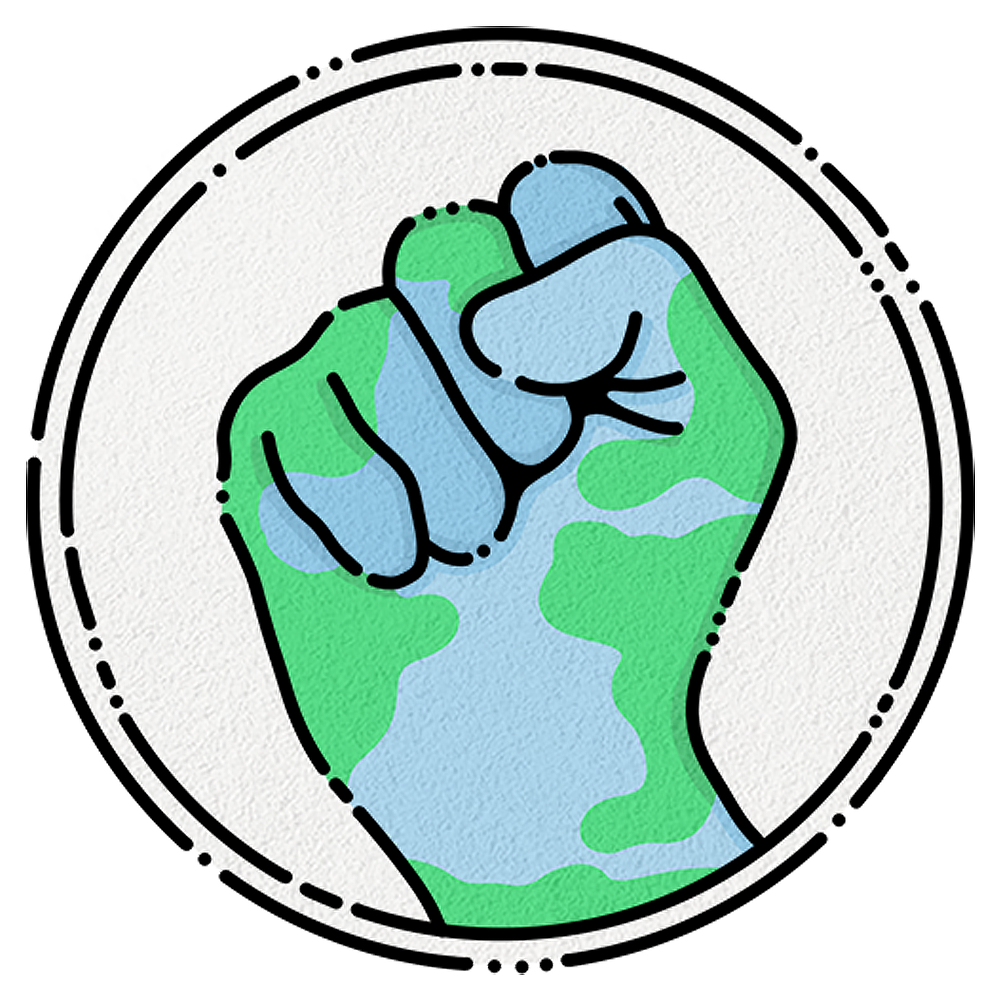 “I start every conversation I have with a company, investor, or policymaker with an emotional grounding about the magnitude of climate change.”
Promise for the Future
PY: In the months we’ve spent dealing with the Coronavirus pandemic, have you seen anything that has either highlighted the inefficiencies of our current approach to climate change or shows promise going forward?

JBA: If you had asked me six months ago, I would have said that we humans have it in us to respond to a massive threat in a collective way. But unfortunately, I think we have proven that it is really difficult to make an immediate compromise in order to have a longer term benefit. And that’s troubling because there are some climate solutions where we’ll need to make some investments in the near term in order for them to pay off over the long term. All of the climate solutions that Project Drawdown analyzes cost a significant amount of money. According to our analysis, over the next few decades they will pay themselves off fivefold. But my worry is that as human beings, and moreso, our governments, we’ve proven that it’s challenging to make those decisions in the near term that will pay off in the long term. But that said, there are people getting creative, finding ways to be resilient, finding ways to build community even as we’re not able to be together. I hope that this disruptive period leads us to really solidify those things that are better for the climate, like less travel.

PY: Could you speak more on those bright spots that you’ve observed in recent times?

In San Francisco there is this elaborate way of having happy hour between windows, passing drinks back and forth. Those ways of being resilient, inventive, adaptive will be really important for us as humans. We have shown that we can totally pivot. We saw an 8% reduction in emissions over the course of the pandemic. So for the 7% reduction in emissions per year from now through 2030, or what the IPCC report calls for, our current situation shows that we can achieve that. 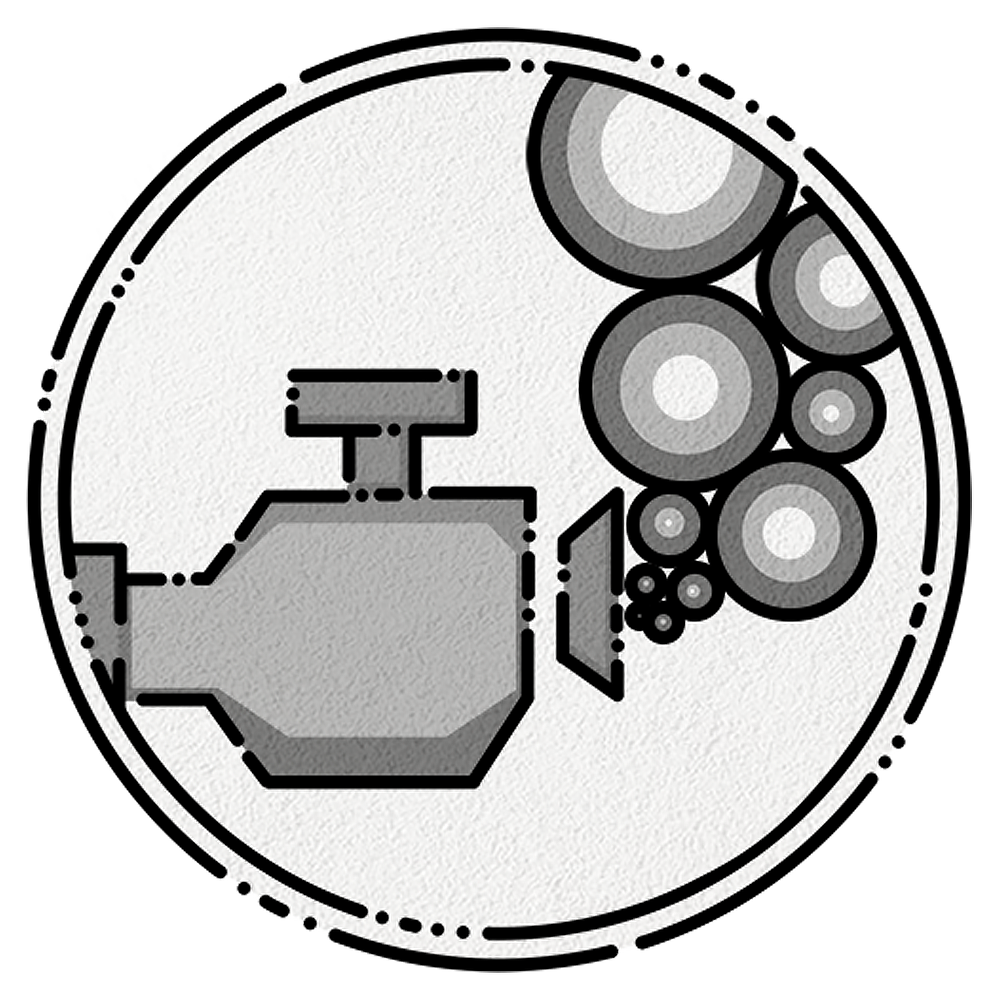 Climate Leadership
PY: Having laid out the importance and capability of collective action, the other side of that is considering the characteristics needed to be a leading figure in this fight. How would you define climate leadership? What does it mean to you?

JBA: Climate leadership is the ability to see the issue clearly for what it is, the existentialism, and for that to be your North Star. Too many times, especially in sustainability work, we lose sight of this. We lose the gravity of it, the emotion of it, the heaviness, the connectedness of it. I think people that are able to hold that in their hearts and have that as a constant reminder every day is what makes a climate leader. There’s a book called The Wizard and The Prophet by Charles C. Mann. It describes two different kinds of people in the environmental movement. One is the Wizard who feels technology will save us, and the Prophet is more on the heart and nature side. I think people that embody a little bit of both are the people that I look to as climate leaders.

PY: How have you personally been able to keep things in perspective and hold on to the gravity or connectedness of this?

JBA: It’s really hard. I don’t have a tried and true approach unfortunately. I definitely struggle with getting totally lost in the emotion of it and that can be totally debilitating. One of the ways is to have people to lean on, or moments that I really allow myself to feel it. It’s the thing that enables me to level up the work. But there are weeks where we have wildfires or hurricanes, or the latest biodiversity loss report. I have no shame in saying I’ve had really, really tough weeks. Part of it is feeling it, acknowledging the loss and then eventually picking myself up again and getting back to work. It’s actually part of what I’m most proud of in this work; I have no shame about having that emotion and bringing it into every conversation I have, no matter who I’m talking to.

Jamie Beck Alexander is the founding Director of Drawdown Labs and a solutions-based climate advocate.

Pauline Yanes is a fourth-year design student who is interested in design as a tool for network thinking.

Sebastian Lijo is a young artist studying graphic design and drawing, with interests in environmentalism, human rights and music.

Nicholas Plyler is a design student at Mason Gross School of Arts.